skip to main | skip to sidebar

Flash in a Pan Poems 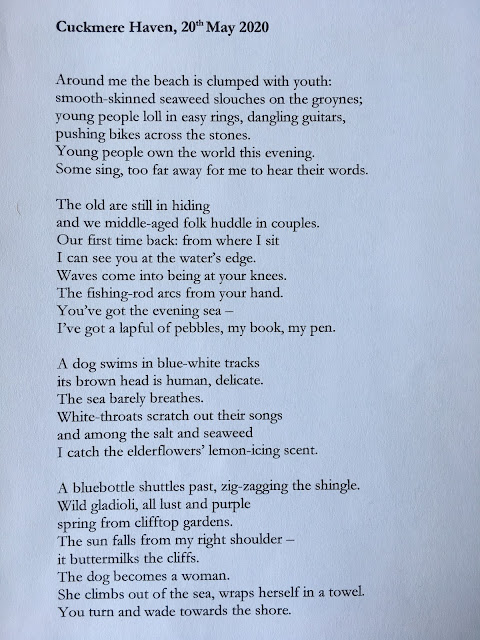 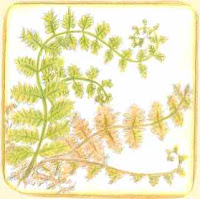 rom time to time I write poems with content so contemporary they'll be out of date in a few months. I thought I'd publish them here rather than trying to find homes for them in magazines.

There's been an awful lot of contemporary recently, life seems to change so quickly and the things that shocked, worried or delighted me last week seem to pale in comparison to the current week's events.

The first poem is printed above. I wrote it when Phill and I went back to Cuckmere Haven on the Sussex coast for the first time since lockdown began. I won't say any more, the poem can speak for itself.
Posted by Sian Thomas at 13:25 No comments:

Poems in The Clearing 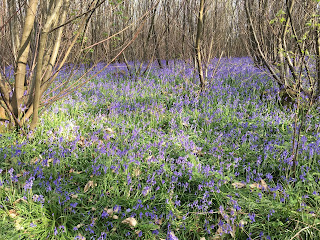 Six of my Ashdown Forest poems have just been published in the brilliant journal of landscape writing, The Clearing.
Posted by Sian Thomas at 11:58 No comments: 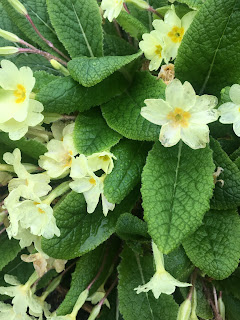 Come along to Ashdown Forest Centre this Thursday for an evening of Sprung Poems between 6.30 and 8pm.  There will be wine and nibbles and much splendid poetry and prose.
Posted by Sian Thomas at 12:04 No comments: 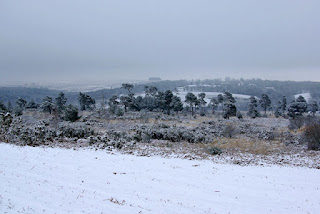 This Thursday evening between 6 and 8pm we will once again meet at Ashdown Forest Centre to raise a glass of mulled wine, tuck away a mince pie or two and read seasonal poems.  Entrance is free and everyone's welcome.
Posted by Sian Thomas at 15:26 2 comments: 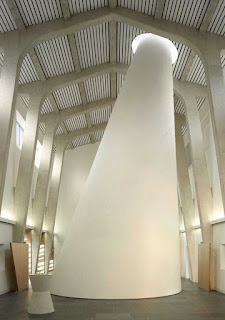 Tomorrow evening I will be reading at Lumen, 88 Tavistock Place, London.   Doors open at around 6.30pm and the reading will take place under the banner of Agenda Poetry.  I will be in fine company, reading alongside Timothy Ades, Patricia McCarthy, Sam Milne, Jess Mookherjee and Shaun Trainer, and poets from the floor will also be welcome.  The event will be run by Ruth O'Callaghan, under the wing of Andrew Motion, and funds raised will benefit homeless people.
Posted by Sian Thomas at 16:46 1 comment: 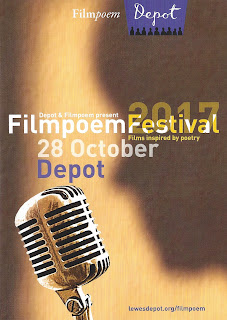 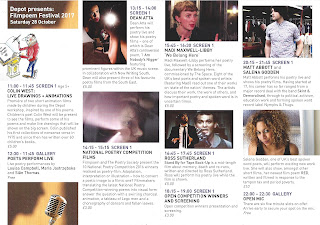 On Saturday I'll be in Lewes, doing this.  It looks amazing.  Come if you're close.
Posted by Sian Thomas at 09:30 1 comment: 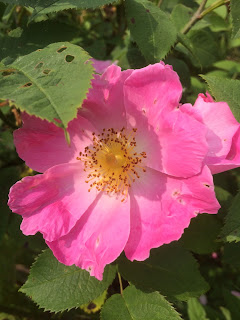 I've come to a pause in typing up Seven Answers.  I need to draw some more initials, which takes time, and recently I don't seem to have had much of that.  There are still more replies to publish, although the end is in sight, and soon I'll have to decide what next.

It's been fun so far.  I didn't read all the replies when I first received them, so I've discovered a lot of lovable new voices and interesting stories.  The process of typing them up has been a delight too: I've felt close to each writer as I've typed, a feeling I used to enjoy when I was young, copying my favourite poems by hand so I could stick them on my walls or give them to friends.

Sometimes I've encountered editing dilemmas.  I've cut a few passages in order to tighten the replies and I've corrected a few spelling and punctuation mistakes.  On the whole though I've tried to keep my interfering fingers to myself and let each person speak.  I've also removed some references to people and places that I thought might make a writer recognisable, but here again I've tried to do as little as possible.

And now spring's become summer and tomorrow will be the solstice.  When I started typing up the replies the first primroses were coming into flower, now my garden's full of roses and there are still a few more replies to come.
Posted by Sian Thomas at 11:11 3 comments:

Sian Thomas
Turn these pages with care: the page you have passed buries its readers. We stand in its doorways, lie in its beds, our spines pressed, stems browning. Turn carefully: roll onto your mate. The pages shut you together. The years are passing; your bends end in seizures, in creases and groans. Watch your hips. Turn with care: see other homes, other inhabitants stroking the paper as you stroke your sheets, the weft of a carpet, the relief of a carving - three men drinking beer in an inn while the forest looks on, clothing the tables in the shadows of trees.